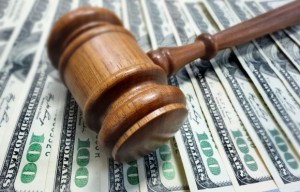 OSHA fines will increase for the first time in a quarter century, under a provision in the recently signed congressional budget deal.

The Federal Civil Penalties Inflation Adjustment Act of 1990 exempted OSHA from increasing its penalties to account for inflation. The new budget, signed into law on Nov. 2 by President Barack Obama, contains an amendment that strikes the exemption.

Now, OSHA is directed to issue an interim final rule increasing its penalties to account for current inflation levels, which would raise proposed fines by about 80 percent. This would mean the maximum penalty for a willful violation would rise to about $127,000 from the current $70,000. The adjustment must occur before Aug. 1, 2016. In subsequent years, OSHA also will be allowed – for the first time – to adjust its penalties levels based on inflation.

The last time OSHA’s maximum penalty levels were increased was in the Omnibus Budget Reconciliation Act of 1990.

Three Sixty Safety (TSS) can help you be prepared for an OSHA inspection. Contact the TSS safety consulting team to schedule a mock audit for your facility. Our team will meet with you, audit the facility and present you with a thorough report of our findings. Reduce your fines and injuries.