Environmental, Health & Safety – What to Watch For In 2016 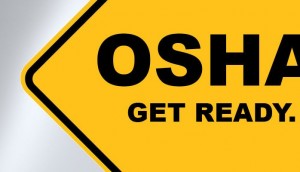 The Comprehensive Environmental Response, Compensation, and Liability Act (“CERCLA”) is always a concern for manufacturers who handle hazardous substances because of its broad imposition of liability. Every year brings with it a number of new developments under CERCLA, but one case that stands to shake up the CERCLA legal landscape is Pakootas, et al. v. Teck Cominco Metals Ltd. This case involves the question of whether air emissions that ultimately settle on land or water can be considered a disposal subject to CERCLA liability. A district court in Washington held that they could, but the issue is now before the Ninth Circuit on appeal. The case is set to be argued in April 2016, and, if the district court holding is upheld, it will widen the net of potentially responsible parties under CERCLA to anyone who emits hazardous substances into the air.

EPA published a proposed rule in the fall of 2015 that would overhaul regulations applicable to hazardous waste generators under the Resource Conservation and Recovery Act (“RCRA”). Public comment on the proposed rule closed at the end of 2015, so we can expect to see a final rule in 2016. If the final rule looks like the proposed rule, hazardous waste generators can expect to see some benefits as well as drawbacks. For example, starting with good news, Conditionally Exempt Small Quantity Generators, which would now be called Very Small Quantity Generators, would be permitted to send waste to Large Quantity Generators under the control of the same person. This move will allow for waste consolidation and efficiencies in managing wastes across properties. The proposed rule also potentially increases the burden on generators, however, particularly with regard to documentation and reporting requirements, directing more specificity in recording the date and materials accumulated and increased reporting for Large Quantity Generators. All hazardous waste generators need to be aware of and tracking the EPA’s ultimate issuance of the final rule.

2016 may bring a whole new era in toxic substances regulation. The Toxic Substances Control Act (“TSCA”) has not seen reform in almost 40 years, but in 2015, both the House and Senate passed historic bills to reform TSCA. The two bills, which had a number of differences, must be reconciled, but the stage is set for a major overhaul TSCA.

The Occupational Safety and Health Administration (“OSHA”) is doing its best to put more bite in its bark in 2016. With the end of 2015 came legislation that will increase OSHA’s civil penalties by about 80 percent in 2016. In addition, the Department of Labor and the Department of Justice recently announced that they are teaming up to increase criminal prosecution for worker safety violations. These prosecutions are likely to rely on a combination of worker safety and environmental violations, and resources are being deployed to make sure the initiative is carried forward. Employers need to be vigilant in addressing workplace safety, but also in identifying other potential violations as well as behaviors (witness tampering, obstruction of justice) that could allow for criminal penalties.

It is 2016, and time to move into the digital age. The Environmental Protection Agency (“EPA”) is in the process of rolling out Next Generation Compliance, or NextGen, in an effort to make its programs more effective and facilitate compliance in the regulated community. We can expect to see increased electronic reporting, but along with that will likely come increased public availability of the data and reporting submitted to EPA. We can also expect EPA to use that data to evaluate industry compliance and ultimately drive enforcement priorities. NextGen brings with it new monitoring techniques, such as fence-line and drive-by monitoring, which will allow EPA (and others) to conduct monitoring more frequently and less conspicuously. And, perhaps most importantly, NextGen is focused on creative enforcement strategies that attempt to expand an alleged offender’s response to a violation. It is important to keep on top of NextGen as EPA continues to formalize and solidify its goals.